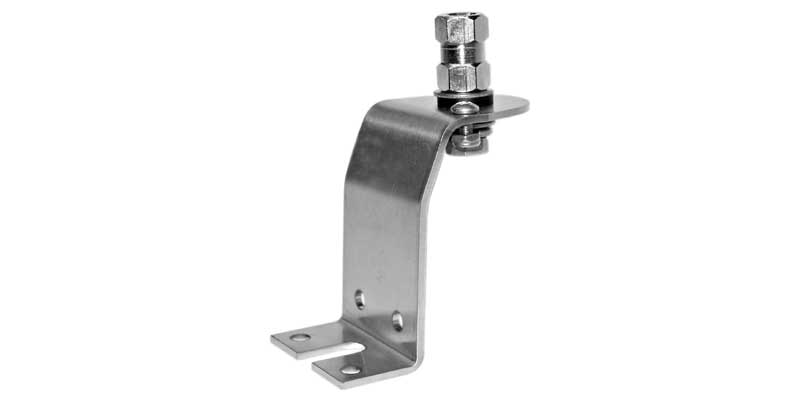 The KF2-L is a sturdy mount that can hold up to 5 foot antennas safely. For 4 and 5 foot tall antennas we recommend attaching the mount with multiple bolts or screws for added support. The KF2-L mount accepts 3/8 x 24 threaded CB antennas. A CB antenna spring is recommended for use with this mount.

A CB coax with lug connectors (hoop connectors) is recommended for this mount. For an even easier install we recommend using this Firestik CB antenna coax.