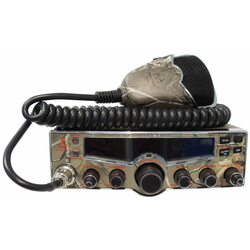 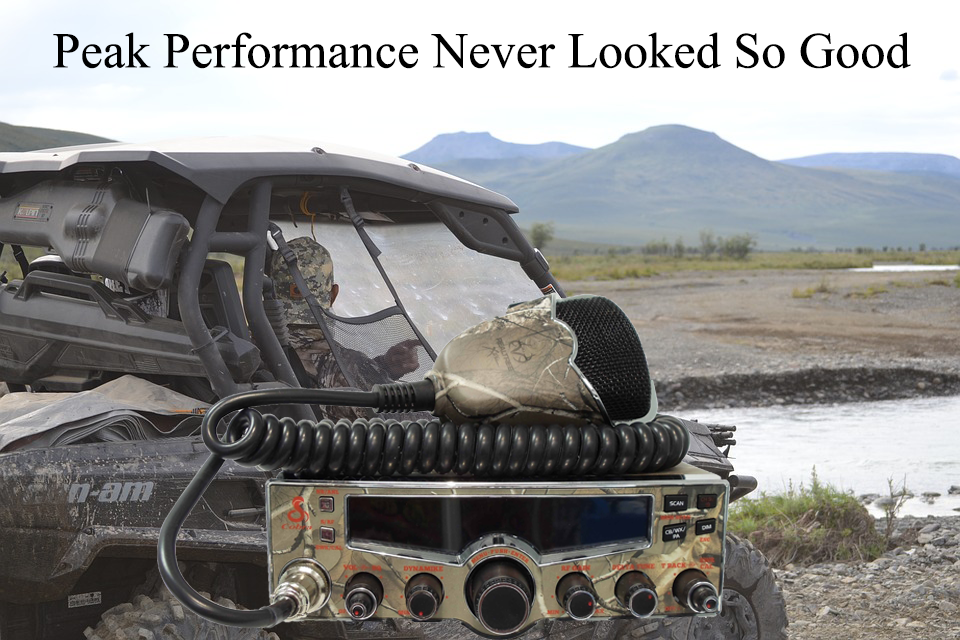 The 29LX CAMO is basically a 29 LX with the Realtree camo pattern. Cobra ® has taken all the great features of the Classic 29LTD and managed to enhance it even further! The 29LX CAMO has the same size case and uses the same accessories as a Classic 29LTD. The LX's added features include a 4-color (Blue, Red, Amber & Green) illuminated LCD display that can be changed by user to match interior vehicle lighting, enhanced microphone, programmable LCD dimmer control, software controlled menus, 10 programmable memory channels with touch of a button, all channel scan, Weather receive with scan, Weather channel function automatically advances to clearest weather broadcast channel while driving, radio diagnostic check function allows monitoring of RF output, SWR, battery voltage with low battery alarm.

The 29 LX CAMO features the RealTree ® Xtra camo pattern and a modern aesthetic design with a selectable LCD color display in red, green, blue, or amber to complement the interior of any cab. The display also has customizable night and day settings to enhance readability in both very bright and very dark conditions. In addition, it features a new clock/timer that enables drivers to track their on-time driving hours. The driver clock/timer also functions as an alarm clock

RealTree is a camo pattern developed by Bill Jordan out of Columbus, GA. The pattern featured on this Cobra ® CB radio is Realtree Extra Camo. From the Realtree site: The Xtra in Realtree Xtra stands for extra effectiveness in the field. This new camo pattern blends perfectly year round in a variety of habitats. It blends best from the leaf change of fall through winter, then again in early spring before green-out.

We were a little put off by the bezel on this radio. It is chrome, which is very shiny and reflective, just like the 29 LX. We realize that there isn't a need for the camo on this radio to be truly effective, but the gleaming chrome bezel just doesn't blend with the whole camo style. We feel like they should have made it black.

There is chrome on the CB microphone, too, but it doesn't look bad at all. It's a thin strip around the grill and it blends well. The mic came out looking really good overall. Hopefully, the mics will be offered separately from the radio. It often comes up that you need a replacement and it would be a shame to have to go with the standard black.
Based on the 29 LTD Classic platform with added features: The new weather receiver with scan automatically advances to the next clear channel when driving cross-country ensuring the driver is always getting the latest weather alerts and warnings. Also new is the industry's first and only Radio Check Diagnostic. Now users can monitor the radio's RF output, SWR setting, and vehicle battery voltage.
The 29 LX CAMO also includes all 40 channel scan and memory channel programming, Instant channel 9 and 19, audible key tones, channel frequency readout for CB and weather channels, 4 watts AM RF power output, the maximum amount of power allowed by law; Talk Back controls allowing drivers to adjust the desired amount of modulation talk-back.

What is in the box: